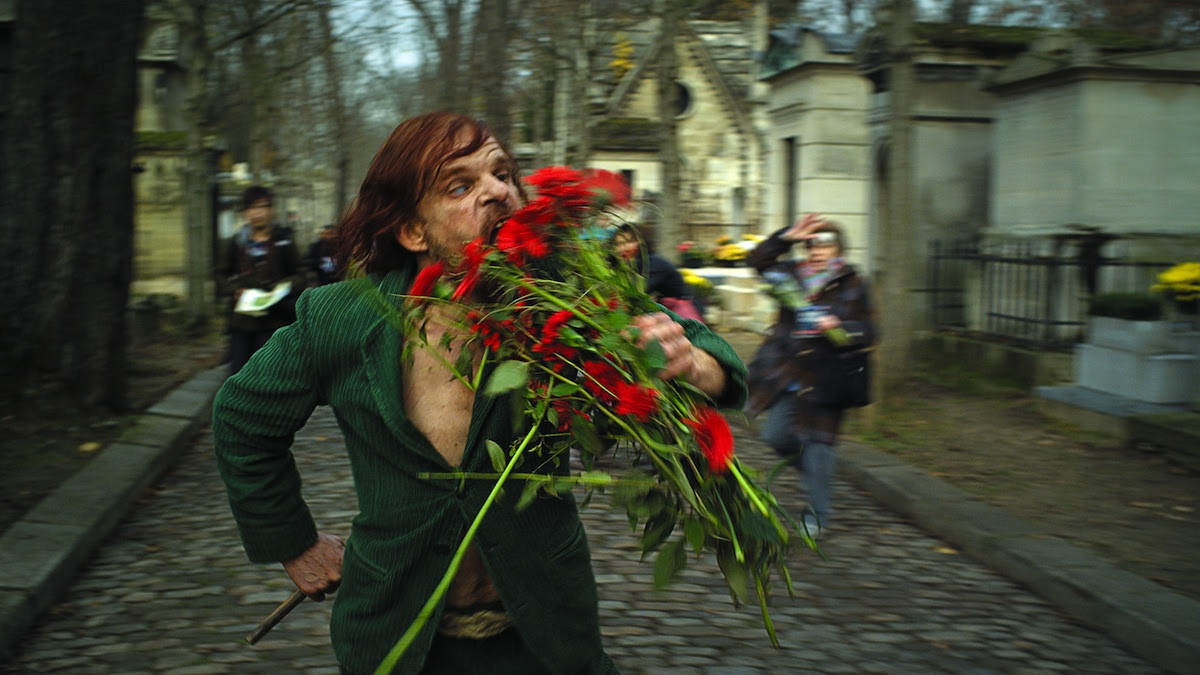 1. Holy Motors (Leos Carax, France/Germany)
For his first film in thirteen years and his very best work to date, the Cinéma du look-era director brings the (nineteenth) century of cinema's invention into seemless contact with the imagistic overload and narrative fatigue of the digital age. A portmanteau art that can be explained therefore by the exigencies of the early 21st century, Holy Motors, more so even than its perfect Cannes companion Cosmopolis, provides an invigoratingly new glimpse of our post-celluloid present. A strong choice for film of the year. 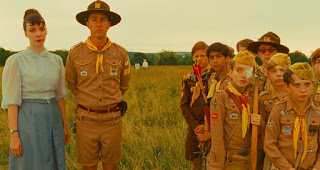 2. Moonrise Kingdom (Wes Anderson, United States)
A gesamtkunstwerk constructed primarily from American folk and craft traditions, Anderson's latest and perhaps greatest relies on the counter-intuitive presence of mid-century composer Benjamin Britten for not only its allegorical grist, but also for its decisive autobiographical resonance. Belying its sterling surface design and artefactual acuity, Moonrise Kingdom is work of conspicuous emotional depth, translating an experience that is both personal and generational. 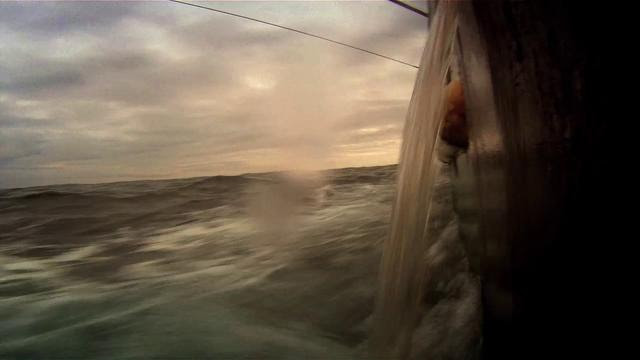 3. Leviathan (Lucien Castaing-Taylor and Véréna Paravel, France/United Kingdom/United States)
Abstracted from the murk and shadow of the swirling North Atlantic surf, Castaing-Taylor and Paravel's avant-gardist experiment in lyrical-mode documentary attends foremost to the laborious act of its own making and to the viscous textures that confront the film's spectators with sensory experiences that are as often olfactory and tactile (as they are visual). An anti-Deadliest Catch in its narrative unmooring, the very new Leviathan is heavy-metal slow cinema. 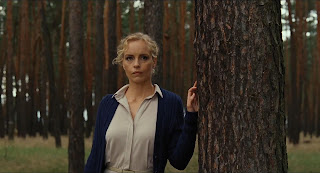 4. Barbara (Christian Petzold, Germany)
Saturated with its Stasi subject in its minutely calibrated detail and unerringly precise observation, Barbara concentrates most forcefully on Nina Hoss's angular, intractable face. A master-class in post-Hitchcockian suspense, Barbara slowly pivots from pure political thriller to ethics-oriented melodrama, with the needs of the eponymous heroine's patients increasingly taking precedent. A new career peak for Petzold, and one of the best works of the director's Berlin School. 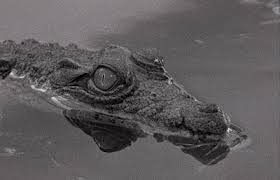 5. Tabu (Miguel Gomes, Portugal/Germany/Brazil/France)
Infusing faux ethnography with a Bataille-inspired surrealism, the fast-rising forty year-old's post-colonial, post-structuralist Tabu inverts the two-part organization of its 1931 namesake, as it ironically imagines the restoration of paradise in a grainy 16mm technology and post-synchronous sound that are all but extinct. A consummate work of historical reference and obsessive piece of post-modern scholarship, Tabu is equally rich in libidinal and kitsch pleasures. 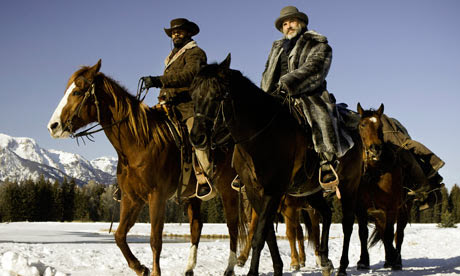 6. Django Unchained (Quentin Tarantino, United States)
Pursuing and providing the greater and more novel insight into American slavery than its A-side Lincoln, Django Unchained unearths a piquant metaphor for the abhorrent institution in the period-specific performativity that the film spotlights. Whether or not Tarantino's latest piece of historical wish-fulfillment can or should be described as socially responsible ultimately, Django Unchained remains undeniably powerful and accomplished popular art. 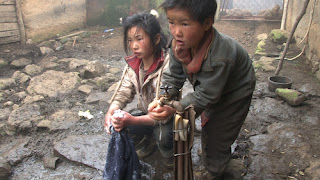 7. Three Sisters (Wang Bing, China)
Filmed by Wang over six months in 2010, Three Sisters follows three young girls, ages 10, 6, and 4, as they live the most meager possible existence, long ago abandoned by their mother, and “cared for,” to use the term very loosely, by a father who spends most of his time traveling alone searching for work. In fact, the three girls care for themselves under the condition of extreme poverty. Perhaps Wang's most affecting film.

8. Neighboring Sounds (Kleber Mendonça Filho, Brazil)
The most outstanding fiction debut of 2012, Filho's three-part, security-themed (sporadically surreal) feature cues graphically and thematically into the high-rise urban architecture that serves as a reminder of the class-based fear around which the film's upper-class subjects organize their lives. These spaces provide a symbolic field for the film's depiction of alienated twenty-first existence, with the filmmaker's camera penetrating in a surveillance-coded set of forward zooms. 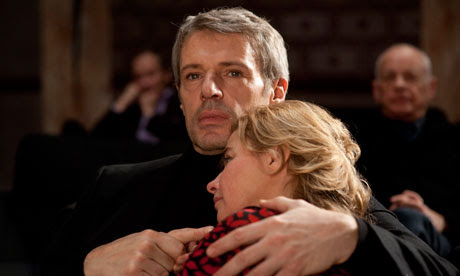 9. You Ain't Seen Nothin' Yet (Alain Resnais, France/Germany)
A spatially unstable mapping of shared memory, the most accomplished filmmaker on this year's list (born a mere ninety years earlier) brings one of 2012's most ontologically adventurous efforts: twelve actors, appearing under their real names, react to and reprise their roles from play-within-the-film Eurydice. The great Resnais's latest presents a group of lives consumed by artistic passion - an almost perfect subject for this very late entry into the New Wave canon. 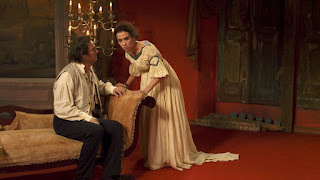 Ah, I've been waiting patiently on the write-up for last year's list, and here it is! Well done, as always, Michael. Yours is a site I return to over and over again. I'm glad that you've kept it up. That being said, ya can't go wrong with Carax's Holy Motors, clearly a film important in its time that will be influential in the years to come, and I have to say I was pleasantly surprised to see Haneke's Amour bumped off your list. I find that I like Haneke less and less, as the years go by. I'm extremely interested in Neighboring Sounds now, so thank you for giving that one a spot. My only real surprise is how high up Anderson's Moonrise Kingdom is; I very much enjoyed it - not so much loved it - so I'll have to give it another viewing. Oh, and that other Anderson that you left off (for The Master); once again, well done.

Where is To the Wonder? I would also have to say that I would place Assayas' Apres Mai high on a 2012-list. Those are the only eye-popping exclusions. Maybe I would also find room for Closed Curtain or Gebo and the Shadow.

Do you have a Before Midnight review coming up? I can't wait to see that film.

"To the Wonder" and "Apres mai" were both among the top three or four runners up to this list. I would be happy to see either film on anybody else's list, but I don't actually feel that it is obvious that either should be here - and in fact, the response to the Malick indicates that I admired it far more than most.

I have not seen "Closed Curtain" (which by my criteria will qualify for 2013) or the Oliveira. As you know these lists are fluid and the latter could always make its way on.

I am seeing "Before Midnight" this evening, so hopefully a review will be forthcoming!

Tabu. What an overrated art film , medicore , uninteresting , cliche. Most foreign language films are alway overpraise by critics or film snob , some of them doesn't even know what a great filmmaking is. Although some of those films are truly great but not this one.

Congratulations on spelling "pretentious" correctly, Nagase Osamu. Given the rest of your comment, I might not read anything more surprising the rest of 2013.

Also, a word of advice: Ten Best Films might not be for you if you feel that most foreign language films are "overpraise" by critics or "film snob."