1. Vitalina Varela (Pedro Costa, Portugal)
Modeling its Cape Verdean immigrant actors in extreme chiaroscuro to almost sculptural, and always exquisitely beautiful effect, this film of the year is foremost an exercise in making visible the presence of its non-professional actors and Lisbon’s demolished Fontainhas neighborhood. At once concrete and unstable, Costa’s masterpiece is very much realism without naturalism. 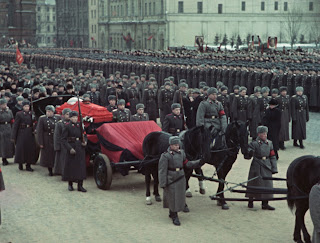 2. State Funeral (Sergei Loznitsa, Netherlands/Lithuania)
Comprised of the extraordinary footage captured across a multi-ethnic Soviet Union at the time of Stalin's 1953 death, this unparalleled historical document immerses the viewer in the dictator's quasi-religious cult of personality. This instant classic is also testimony to the same masterful handling of crowds or stirring repetition of Maidan, as well as Austerlitz's sense of paradox. 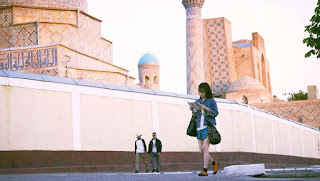 3. To the Ends of the Earth (Kiyoshi Kurosawa, Japan/Uzbekistan/ Qatar)
One of 2019’s most unexpected authorial turns, the latest from Japan’s horror maestro operates, to extraordinary effect, within an idiom very close to that of Abbas Kiarostami. Yet, this funny and moving humanistic ode to cross-cultural understanding, set in Uzbekistan, does not stop with the Iranian’s art cinema as it becomes something more like The Sound of Music in its joyous final moments. 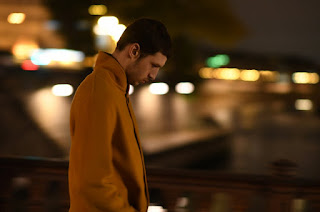 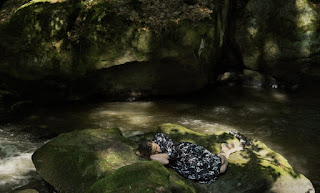 5. I Was At Home, But… (Angela Schanelec, Germany/Serbia)
In this long overdue festival-circuit breakthrough from the Berlin School’s most experimental and rigorous auteur, the filmmaker’s narrative eliminations point the way toward a cinema where psychological interpretation is unavailable and the only answer is the questions asked. Schanelec is a true heir to French great Robert Bresson. who nonetheless has found her own personal path. 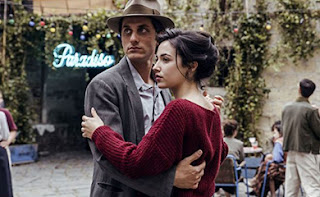 6. Martin Eden (Pietro Marcello, Italy/France/Germany)
Unresolved though this Italian Jack London adaptation may be in its period, Marcello’s major leap forward still manages to express its 1970s aesthetic inspiration with crystal clarity, thanks especially to the director’s choice of 16mm stock. Socialist in its rhetoric, Martin Eden is also dizzyingly romantic on all levels—in its camera movements, editing, and in the chemistry of its beautiful cast. 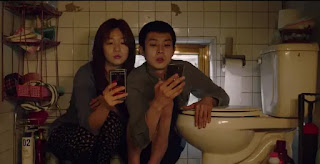 7. Parasite (Bong Joon Ho, South Korea)
No other twenty-nineteen film has had the universal impact of Bong’s mid-career best, Parasite. Lauded and debated for its politics—defined by the scarcity of economic resources shared by the film’s literally lower class and the disproportionate impact of the climate crisis—Parasite is also one of the year’s most satisfying and pleasurable watches, propelled by Bong’s sterling script. 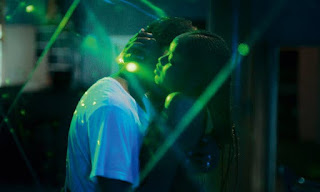 8. Atlantics (Mati Diop, France/Senegal/Belgium)
Expansively African in its discourse and details, from the film’s inscriptions of rapid urbanization to its migrant maritime tragedies and even its possession rituals, Diop has made one of that continent’s best in ages. This poetic hybrid of social drama and zombie fiction, shot by the under forty niece of Africa’s iconic director Djibril Diop Mambéty, is the easy choice for 2019’s top world debut. 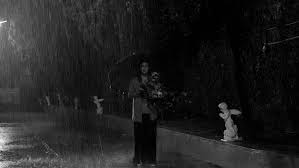 9. The Halt (Lav Diaz, Philippines/France)
Set in the midst of a deadly flu epidemic in the early 2030s—with a ruthless political strongman making his own deadly use of the crisis—The Halt feels prescient from the standpoint of the immediate future. One of a series of major 2010s works from Diaz, here the epic-length-auteur finds deep catharsis as the film, in its final of five hours, shifts from violent revolution to care for the dispossessed. 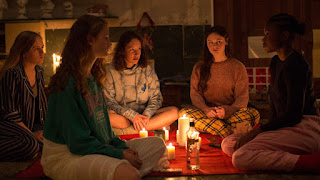 10. Zombi Child (Bertrand Bonello, France)
Crisscrossing between 1960s Haiti and present-day Paris, this high-art zombie feature identifies the roots of the un-dead archetype in Transatlantic slavery, serves as immigrant provocation, and still functions as coming-of-age sexual allegory. This is all to say that Bonello’s latest is big on ideas, despite its small, b-picture feel, embossed with I Walked with a Zombie’s day-for-night artistry.
Posted by Michael J. Anderson at 6:02 PM