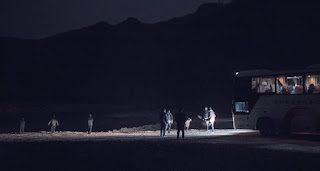 1. An Elephant Sitting Still (Hu Bo, China)
An Elephant Sitting Still’s massive achievement resides in the crystalline clarity of first-time feature-filmmaker Hu's worldview, of his unshakable insistence on the irredeemable quality of life in contemporary China. Shot in a series of artfully mobile, shallow-focus long takes that collectively convey the inter-connectedness of his characters' tragic fates, Hu's novelistic opus is one of cinema's great what-ifs--a masterpiece completed just before the filmmaker's suicide. It also may be the best film from Mainland China this decade. 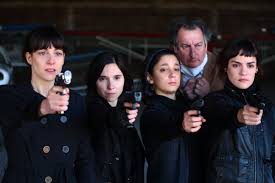 2. La Flor (Mariano Llinás, Argentina)
In a year of epic-length achievements, nothing could match the scale or scope of this 14-hour shapeshifter from the south. Protean in its survey of language in its many forms, both linguistic and cinematic, La Flor is first and foremost a film of its four female leads' faces, obsessively captured by Llinás. Equally a film about genres, cinematic again but also painterly, the face gives way to bathers and landscapes, up to and through a 40-minute credit sequence set on the bottom of the globe. 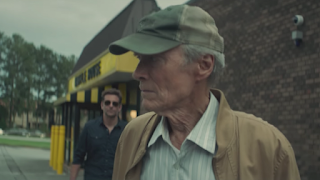 3. The Mule (Clint Eastwood, United States)
Hollywood's great late classicist, and one of its most reliably biographical auteurs, seeks redemption for his failures as a husband and father in this sharply self-critical portrait of the physically reduced filmmaker late in life. Eastwood's masterful latest is also a breezy road movie, filled with brilliantly underplayed supporting appearances--including that of the actor-director's mentee Bradley Cooper. 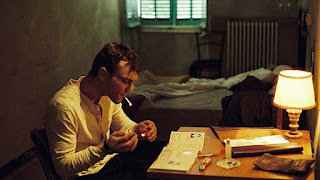 4. Transit (Christian Petzold, Germany/France)
Despite its strong connection to genre practice, there's really nothing else that feels like the Berlin School master's cinema. With Berlin Competition highlight Transit, Petzold provides a rigorously intellectual though still moving take on the period melodrama, staging past and present side by side in this joint presentation of World War II Europe and the modern-day refugee crisis in transitory Marseille.

5. The Image Book (Jean-Luc Godard, Switzerland/France)
The last remaining Cahiers master is perhaps more aware and concerned by the glut of moving images than any other, returning in The Image Book--with the title suggesting a mode of spectatorship and a new conceptualization of the filmmaker's art--to the collage form of his monumental Histoire(s) du cinéma. Godard's work models a life lived wholly in reference to the moving image. 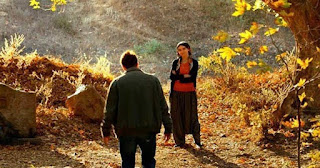 6. The Wild Pear Tree (Nuri Blige Ceylan, Turkey/Macedonia/France/ Germany/Bosnia and Herzegovina/Bulgaria/Sweden)
Ceylan's epic and subjectively fluid treatment of fathers and sons possesses the philosophical density and textural richness of Russian literature and the referred-to Tolstoy. This is a film about Turkey's continued struggles with modernization, and the persistent estrangement between the country's liberal intellectual and conservative political classes, staged in the ancient city of Troy. 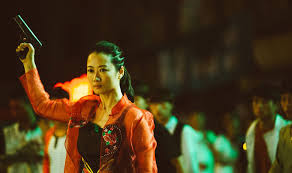 7. Ash Is Purest White (Jia Zhangke, China/France/Japan)
A return to the three-part tour structure and gangster genre of Jia's A Touch of Sin, Ash Is Purest White is more broadly career retrospective filmmaking, pointedly recalling Unknown Pleasures and Still Life as a new China emerges around the film's leads. Jia's ambivalence once again emerges for the great fictional chronicler of China's transformative shift away from a command economy. 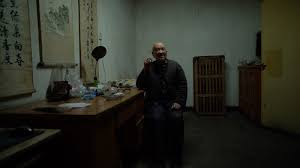 8. Dead Souls (Wang Bing, Switzerland/France)
There are important films, and then there are important films: essential historical records that can exist only in the moving image medium. Wang's eight-hour latest is just such a work, presenting the stories of the now deceased survivors of China's anti-rightist prison camps in their own words. That China is repeating history with its Muslim minority makes Dead Souls even more tragically meaningful. 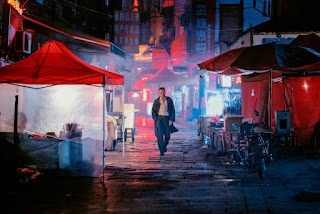 9. Long Day's Journey Into Night (Bi Gan, China/France)
Like the director's startling 2015 debut, Kaili Blues, the even stronger Long Day's Journey Into Night divides between road reverie--staged in the first film's namesake backwater--and an epic single-take that closes the film. The latter serves as a dream-world rehashing of the film's Wongian concept, one that Bi adds decisive references to high-end art cinema of the likes of Tarkovsky. Bi aims for their ranks. 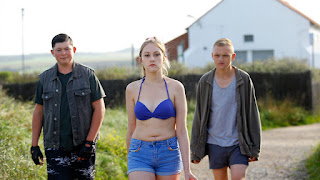 10. Coincoin and the Extra-Humans (Bruno Dumont, France)
Rivaled, as a television series, in its strangeness and its auteurist commitment only by Dumont’s previous series, Li'l Quinquin, and Twin Peaks: The Return, Coincoin and the Extra-Humans' anti-television returns to a gracefully composed, widescreen English Channel coast where the 'alien' African refugees mix with Dumont's cretinous French provincials. Exquisitely poor taste.
Posted by Michael J. Anderson at 10:43 AM