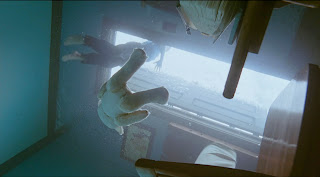 The 2011 Mini-Poll, the fourth consecutive survey of a small sample of current graduate students and alumni of New York University and Yale University, came to the same predictable result as every other group poll in 2011: The Tree of Life was our runaway winner. More than two-thirds of this year's respondents cited Malick's film, with four (Matt Hauske, Mike Lyon, R. Emmet Sweeney and Alberto Zambenedetti) listing it as the year's best film. In fact, The Tree of Life became our all-time leading points-getter, blowing past Summer Hour's monster two-year running total (listed below). In second place, Drive found its way onto nearly half of this year's lists, though in its case it finished no higher than second (on Pamela Kerpius's ballot). Both The Tree of Life and Drive are precisely the sorts of films that the Mini-Poll favors: American titles, on the art end of the spectrum, which receive large enough releases to insure that most of our respondents saw the films.

Other than The Tree of Life, the film that generated the most passion this year seems to have been Nuri Bilge Ceylan's Once Upon a Time in Anatolia, which tied for fifth place and nearly equaled Malick's achievement by placing first on three lists (Michael J. Anderson, Lisa K. Broad, Michael Cramer) - the only three lists that cited the January 4th New York release. The Turkish auteur's latest is as must-see as films get. Among the remaining five picks for the top position (Soren Bailey listed his titles in no particular order, though the first film he did list was also Pamela's #1, Insidious), there were five different films, with the remaining four not even managing to make a second list: Oscar front-runner The Artist (Karen Wang), Indie favorite Take Shelter (Matt Singer), art installation juggernaut The Clock (Jeremi Szaniawski), and View From the Avant-Garde Forms Are Not Self-Subsistent Substances (Grant Wiedenfeld). A year without too much consensus, in other words - beyond Malick's unstoppable Palme d'Or.

Note [*]: Films marked with an asterisk received at least one vote in last year's poll.

Scoring: Each citation receives ten points with an additional ten for a first place citation, nine for second, and so on, on down to one for tenth. This method of scoring is intended to give appropriate weight to those films that have been cited most frequently by this year's participants. For those participants who have not specified an order for their choices, 5.5 points have been assigned to each of their choices.

Jeremi, who just defended his Sokurov dissertation!, listed it at #9. Lisa cited it as a runner-up, while Rob and I both found it interesting but decided to leave it off our lists. I would guess that we are the only four that saw it - all on screeners, as it has not yet premiered locally.

For my own decision to leave it off my list, I will certainly grant that there's something there, but personally I am not entirely certain what that something is. To put it differently, it's my shortcoming and not the film's that has insured its exclusion from my list this year. That may well could change should I have the opportunity to see it again, in better conditions.

Thanks for sharing this list of top ten best hollywood movies with us. Nice post. Very detailed information. I liked it.