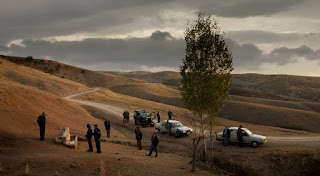 1. Once Upon a Time in Anatolia (Nuri Bilge Ceylan, Turkey/
Bosnia and Herzegovina)
Ceylan synthetically constructs his portrait of bi-continental Turkish national identity from the tissues of high-modernist European and Middle Eastern masters, from the metaphysical phantasmagoria of Tarkovsky to the cosmological landscapes of Kiarostami. With the sun setting on the autumnal latter, Once Upon a Time in Anatolia descends into an endless digital expanse of sensual blacks, cut by glowing high-beams, which in turn will give way to an unforgettable gas-lit interlude. Ceylan's latest, easily his best, is 2011's most inexhaustible work of cinema.

2. The Turin Horse (Béla Tarr and Ágnes Hranitzky, Hungary/
France/Germany/Switzerland/United States)
Purportedly Hungarian master Tarr's final film, The Turin Horse provides the most distilled expression of the director's style to date: Tarr's heavily choreographed, phenomenological long-takes bleakly inscribe a series of quotidian gestures on a perpetually windswept Central European plane. No less signature is Tarr's Nietzschean take on a European civilization that has already collapsed. This is Tarr bringing both his corpus and Europe's fin de siècle late modernism - in form and in content - to a highly masterful conclusion.

3. A Separation (Asghar Farhadi, Iran)
A sign of life in an increasingly endangered corner of world cinema, Farhadi builds one of the art's more comprehensive portraits of human relations under theocratic rule, constructing a private social sphere in which virtually nothing exists outside the sight of fundamentalist Islam's invisible monitors. A Separation's consistently transparent architectural spaces fulfill an especially crucial role in enabling the the surveillance that provides the film with its inherently critical subject. A masterpiece of Iran's latest filmic wave. 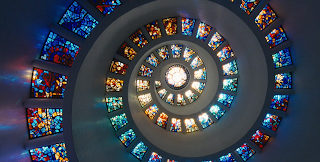 4. The Tree of Life (Terrence Malick, United States)
A rare example of a genuinely American art cinema - and easily the year's most ambitious work - The Tree of Life reproduces God's Book of Job answer to his human interrogators, combining the beauty of divine creation that provides this response with a form of confessional autobiography that looks to the director's adolescent origins. The latter sequences showcase the exceptional impressionistic power of Malick's subjective film craft, which ultimately outweighs Malick's reliance on New Age cliché. 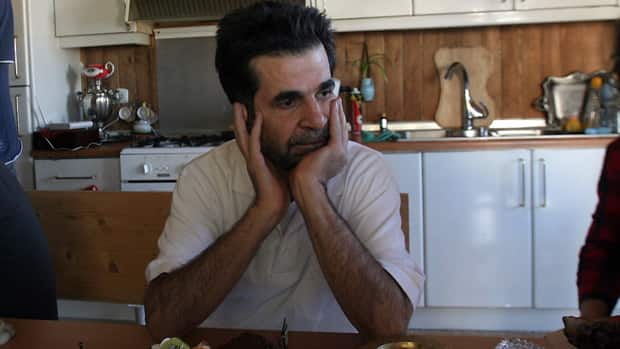 5. This Is Not a Film (Jafar Panahi and Mojtaba Mirtahmasb, Iran)
A home movie of unparalleled personal courage, festival auteur Panahi (under house-arrest and a twenty year ban from filmmaking at the time of production) and documentarian Mirtahmasb combine a series of tangential forms - surveillance, the reading and blocking of a screenplay, the scouting of a location - that stand outside Panahi's prevailing narrative practice. Constructed out of the medium's remainders, few works have ever made what is forbidden to Panahi any more meaningful. 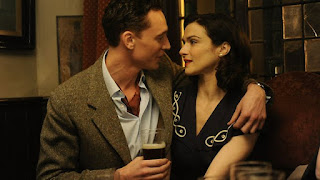 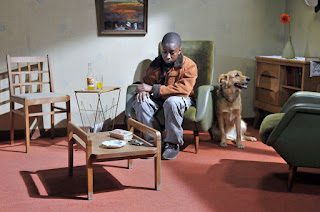 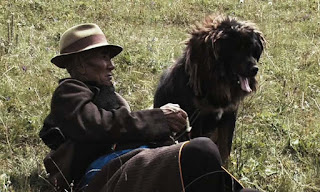 8. Old Dog (Pema Tseden, China)
A modern-day classic of humanist cinema that reinforces the art’s perpetual role in dramatizing the contested arrival of modernity, one of the medium’s primary subjects for the past 120 years, Old Dog situates Tibet and Tibetan culture as sites of exploitation for a newly wealthy urban China. Directed with great intelligence by Pema Tseden, Old Dog is a breakthrough for a newly emergent Tibetan cinema, and the nation's art cinema more generally.

9. Drive (Nicolas Winding Refn, United States)
Drive pays conspicuous homage to some of the most elegant mid-level auteurist action filmmaking of the forty year-old Danish director's lifetime (Walter Hill's The Driver, Michael Mann, Martin Scorsese), that is, to the American formalist tradition that Refn very ably extends. Refn's film is a work of consummate collaboration, whether it is the film's inspired casting or the evocative electronic soundtrack that further locates the film in its spiritual eighties homeland, 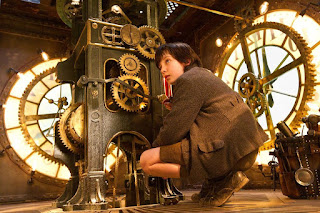 10. Hugo (Martin Scorsese, United States)
Though Hugo presents unfamiliar generic terra firma for Scorsese, Hugo is nothing if not a work of personal expression, with Scorsese dividing between two surrogates (in addition to his own on-camera cameo as a turn-of-the-century photographer): the forgotten Méliès and the latch-key Cabret. The director is at once the aging legend, deeply concerned with his legacy and the preservation of the past, and also the young technician and aspiring magician looking toward the medium's (3-D) future.
Posted by Michael J. Anderson at 6:05 AM

Huzzah, it has begun! Some overlap on our lists, and hopefully I'll have mine up soon.

I was interested to see THE TURIN HORSE at number two - it makes an appearance on my list as well but not quite so high. Although a very pure and memorable distillation of his style I'm just not convinced it doesn't begin to skirt the boundaries of self-parody a bit (and yet still I loved it, of course).

Of course for the umpteenth year in a row I have managed not to see your top film at list-making time, elevating ANATOLIA from mildly interested to must-see status!

I'm happy to hear that there's some overlap as it should help to make for a more interesting "Mini-Poll" next weekend. Last year I thought it was a metaphysical lock that "The Social Network" would clean up, and of course it did. This year, I really don't have a clue: maybe "The Tree of Life" like everyone else, but I also know there are some in our amateur critic's group that don't care for it. So maybe a dark-horse like "Drive" or "Hugo"? Or if enough of us saw it, "The Turin Horse"? (Probably not, though.)

Also, "Anatolia" *absolutely* is a must see. I just hope you can return the favor and list something very high that I have not seen. ("Isabella," going back a few years now, was just added to our Instant queue; and we similarly very much enjoyed "Summer Wars" this past summer!)

You'll be happy to hear that Walter Hill will be returning to the big screen in 2012 with BULLET TO THE HEAD, starring Stallone.

Yes, Rob, that does make me happy.

I keep hearing mixed things about J. Edgar, but I wish I had made time to see it.

This is a great list, thanks for it.
I haven't seen Ceylan's film, but I can wait. Wish I could've seen Scorsese and Eastwood's turns as well as Panahi and Kaurismaki's films before I do my definitive list.
But right now we do have some overlapping.
The Turin Horse is a great film and one in my own list (number 4 I think), for the exact reasons you mention here.
A Separation is my number 2 film, and for a long time it was number 1, but yeah it's a marvelous achievement and a brave film for Iran and its director.
The Kid with a Bike is masterfully acted and shot, but it just missed my list by 2 or so movies.
On the Tree of Life I've said its share of times that I need to see it again, as I found it annoying even if at times beautiful.
Drive is good, but for me it's not even near as good as many are trying to make believe... and I disagree about the casting... Albert Brooks was highly miscast and I don't understand all the awards he's getting for a subpar performance.

Highly agreeable as usual!
Though Drive let me down, I'm afraid.

9 and 10 aren't yet available to me, but soon. Though I doubt even Scorsese's 3D can best Hark Tsui's Flying Swords, woow.

I am curious as to whether you saw any of the following, Michael: Weekend (Haigh), House of Tolerance, Mann's great Luck pilot (you did reference it here!), Life Without Principle (one of To's finest).

Thanks for this great list. I have been following your site for some time and always enjoy reading your insightful and intelligent articles.

Films I sadly missed this year: Sokurov's Faust, Davies' The Deep Blue Sea, Dumont's Outside Satan, and from your list: This is not a film, Le Havre, Hugo and Eastwood's J. Edgar

I'm a bit surprised that DRIVE has been my most controversial selection this year, which I suspect has as much to do with people not yet having seen J. EDGAR as it does with the choice itself. Please forgive me if I don't launch into a defense in the comments, since I already made my case for the film on the other site (tativille.blogspot.com). And feeling that Brooks is miscast: yes, he's off-cast, but I think he holds the screen enormously well. Besides, he's one of my favorite people in the cinema, so I suppose I was not going to be objective in the first place...

As far as what I have and have not seen, I will be doing a Tativille post in about a week that will give a better sense of context for my choices. I will say that I have not managed to see HORS SATAN, LES ACACIAS and LIFE WITHOUT PRINCIPLE, which in each case I really look forward to viewing. However, if the last is available on Chinatown DVD, it might just get watched by the end of next week.

Thank you LovePeacock for the truly excellent commentary. I suppose all I can (or should) add is that I share your overall disappointment in 2011, and that yes, there are titles on my list that would not make the cut in many years - and others like "The Tree of Life," which by all rights shouldn't be quite that high on my list.