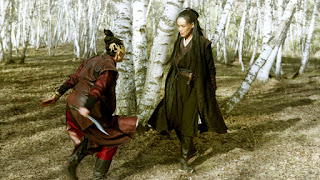 1. The Assassin (Hou Hsiao-hsien, Taiwan/China/Hong Kong/
France)
The first new feature in eight years by one of the medium's greatest artists, and one 2015's most outstanding achievements, The Assassin masterfully pursues its super-cinematic fetish to the point of conceptual exhaustion: rippling silks, a flickering candle, a fluttering branch. Hou returns to cinema's first source of spectacle in this lavishly detailed portrait of invisible presence. 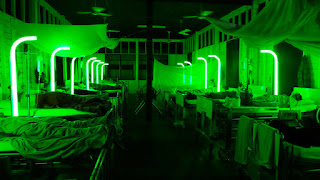 2. Cemetery of Splendour (Apichatpong Weerasethakul, Thailand/United Kingdom/France/Germany/Malaysia/South Korea/Mexico/United States/Norway)
An open and digressive masterpiece from the best director of his (post-Hou) generation, myth and remembrance find their place in a hospital ward populated by sleeping soldiers. Thai military rule intervenes accordingly, along with Apichatpong films past, in this latest expansion of the filmmaker's sprawling multiverse. 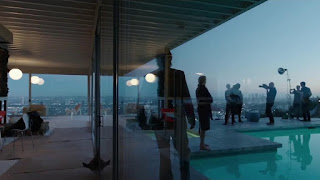 3. Knight of Cups (Terrence Malick, United States)
Fragmented, lyrical and impressionistic to the most extreme of degrees, the suddenly prolific Malick's Pilgrim's Progress riff possess the same "similitude of a dream" as Bunyan's high-Protestant 17th c. original. To the Wonder looks less and less like a divertissement seen in light of this portrait of a Hollywood star's soul. 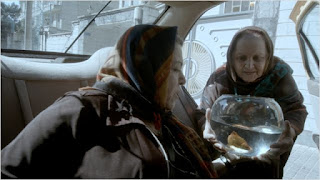 4. Taxi (Jafar Panahi, Iran)
No less than the third (and certainly the most unambiguously entertaining) feature made by Panahi since receiving his 20-year ban from filmmaking, Taxi asserts the director's latest alibi in his car's dashboard security device. Talk of interrogators and its final-act theft also insure that this is the director's most overtly political film too. 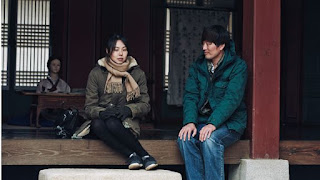 5. Right Now, Wrong Then (Hong Sang-soo, South Korea)
A return to the twice-told format that defined his pre-2008 body of work (cf. Virgin Stripped Bare by His Bachelors), Hong's 17th feature provides just enough variation to radically disassemble story from plot. A film about how stories can be told differently, Right Now, Wrong Then is filmmaking as the most potent form of film criticism. 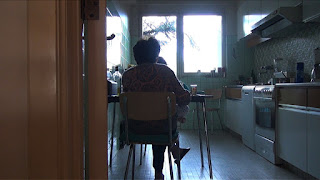 6. No Home Movie (Chantal Akerman, Belgium/France)
2015 marked the tragic passing of Akerman, but not before the feminist film icon produced the year's most moving piece of essay cinema. No Home Movie also represented a seismic shift in our understanding of the director's art, a corpus, because of this latest, that now demands to be seen in reference to the filmmaker's mother. 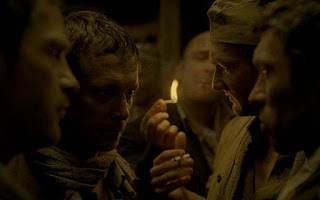 7. Son of Saul (László Nemes, Hungary)
The most formally audacious Holocaust fiction of the 21st century, Nemes hues unwaveringly to his 'Sonderkommando'-lead's perspective, producing an immersive nightmare reality where spur-of-the-moment response is the only form of action. All is survival, in other words, as he fights ceaselessly for a single human gesture. 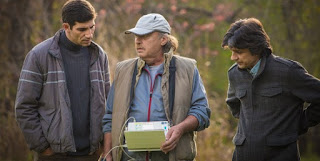 8. The Treasure (Corneliu Porumboiu, Romania/France)
The precisely structured latest from one of Romania's smartest auteurs, The Treasure plays off its Robin Hood intertext to produce a real-world fairy tail that continually subverts the expectations created by its art-cinema framework. A return to the thematic and stylistic territory -- not to mention the pleasures -- of the director's best, Police, Adjective. 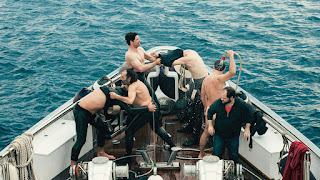 9. Chevalier (Athina Rachel Tsangari, Greece)
Staged on a rented private vessel in the Aegean Sea, Chevalier cunningly exposes the absurdities of male competition in its presentation of a game in which the participants are judged by each other in everything they do. The Attenberg director's latest is a new peak for Greece's exceedingly allegorical nascent art-cinema idiom. 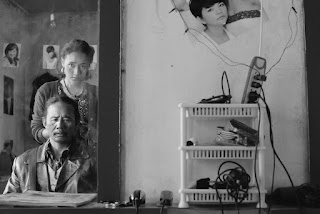 10. Tharlo (Pema Tseden, China)
In Tharlo, leading Tibetan filmmaker Pema Tseden often prefers to shoot reflective surfaces. He visualizes -- and dramatizes -- conflicts between the old ways of life and new in practically every frame, which likewise register the film’s small-town and mountainous rural locales in lustrous black-and-white. A work about the contested arrival of modernity.
Posted by Michael J. Anderson at 10:57 AM