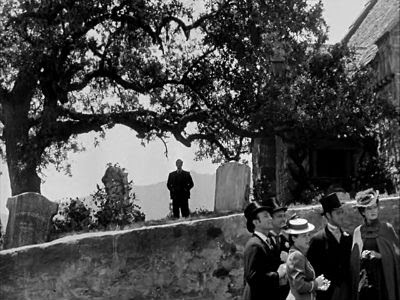 No Grapes of Wrath?

Yes, no Grapes of Wrath. A strong film to be sure, but in my opinion nowhere near Ford's strongest. Truth be told, I find it somewhat extraneous to his body of work, or at least to the Ford that I find the richer - to take another example I prefer Steamboat 'Round the Bend to The Informer, following Andrew Sarris's lead admittedly.

Interesting List, especially your inclusion of both The Sun Shines Bright and Judge Priest (both underrated and poetic, the latter especially). Does it mean that you've watched the entire Ford oeuvre? And if so, do you now rate him higher than you did before or is it the other way around?

(I would probably include The Quiet Man and She Wore a Yellow Ribbon; and place Liberty Valance at the top, but of course, those are purely conventional choices but I'm surprised you rate 7 Women so high.)

No, with Ford there are still gaps throughout - though I keep plugging along, and have probably seen more of his than any other director, save for Hitchcock.

As to where Ford rates, I concur with the conventional assessment that he occupies a big three of Hollywood along with Hitch and Hawks. Of these, I probably like Ford the least (although only marginally so), and am at the point now where I continue to find more very modest disappointments when seeing new work by the director than I do revelations.

As to why no Hitchcock or Hawks list thus far: I am writing a dissertation on the latter and would prefer not to (though, hint, Rio Bravo would rate very high), and for some reason cannot crack the former, though there are 20 or 25 that I feel very strongly about.

Thanks for taking the trouble. Then you should perhaps make a Lang top ten, or a Walsh...

But the most interesting would be a Mizoguchi top ten, though given the sheer size of his oeuvre and that many of them are lost, it might turn slightly problematic.

As for the Big Three: if you like Ford the least of the three, elimination suggests that you must rate Hawks the highest...

Shamus, we are very much on the same wavelength re: a Mizoguchi list. Also, you've guessed correctly, I am a Hawksian.

Pilgrimage is a very powerful Ford film. I also have a soft spot for Donovan's Reef.

Unbelievably, I forgot "Pilgrimage" - it deserves, at least, to be named among the runners up.