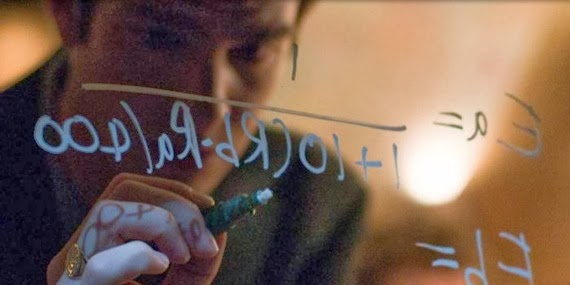 If I may be permitted, let me offer a few comments and observations on this year's Mini-Poll, conducted over New Year's weekend 2011, with a group of eleven New York University and Yale University graduate cinema and film studies alumni participating.  First, let me commend the respondents on organically forging what I personally believe is the finest consensus of any of this year's on-line group polls, be it Sight and Sound's exciting year-end review, or those of American outlets such as indieWIRE and The Village Voice.  Of course, the Mini-Poll benefited from the advantages of a small group of respondents, many of whom routinely discuss the films they care about most with one another - not that the critics of the aforesaid fail to do the same - and even more, from not limiting itself to 2010 commercial releases.  Indeed, three of the Mini-Poll's top ten (Uncle Boonmee, Mysteries of Lisbon, Certified Copy), including two of its marvelous top three, have in fact yet to receive US theatrical premieres.  With six more cited among the runners-up by multiple respondents, this should suggest the very high caliber of 2010's festival premieres, while also providing a preview of next year's 'best of' choices for critics both inside and outside the poll.  Let me also underline the value of choosing non-distributed films as it proves proscriptive - we all need recommendations; I still need to see four of our runners-up - rather than simply reflective and in some sense (needlessly for the readers) affirmative for the critics.

Let me further offer a word or two on the choices themselves.  It should come as no surprise that The Social Network finished first, as it has in nearly every survey and critics' group vote this year.  It is certainly the film that almost everyone can agree upon.  To this end, nine of the Mini-Poll's eleven respondents selected the film, though, quite significantly, the majority did not place in their personal top five.  Compare this to Uncle Boonmee, our number two, which appeared on five ballots, with four of those five ranking it as their number one - and the fifth, his number two; thus, all five ranked it higher than The Social Network, which failed to score a single number one.  What this suggests is a rather substantial enthusiasm gap between the top two (though not also, as you might except, numerous dissenters for the second).  The fact is that a number of our respondents will not see the film until 2011, making it an early favorite to add to its total should this poll make it to year four.  Among the other films selected as the best of 2010, Enter the Void is particularly notable as it received two first places with no additional citations.  (Here, and I am only speculating, there may be dissenters.)  Other selections for the year's best included The White Ribbon, a popular hold-over from 2009; Black Swan, this year's number five; Alamar, our number eight; runner-up Film Socialisme; and most obscurely of all, Tokyo International Film Festival prize-winner and out-of-competition Cannes selection, the Korean A Brand New Life.  As I said, polls at least in part should be about directing readers to new films.  Thank you to this respondent for this unexpected selection.

Lastly, I have tabulated the on-going totals four our first three years of selections below, with 2010's top two moving into our all-time top ten.  Namely, The Social Network moved into third position, where it will have to stay being theoretically ineligible after this year, while Uncle Boonmee ranks in seventh place, with upward mobility a definite possibility.

Note [*]: Films marked with an asterisk received at least one vote in last year's poll.

Scoring: Each citation receives ten points with an additional ten for a first place citation, nine for second, and so on, on down to one for tenth. This method of scoring is intended to give appropriate weight to those films that have been cited most frequently by this year's participants.