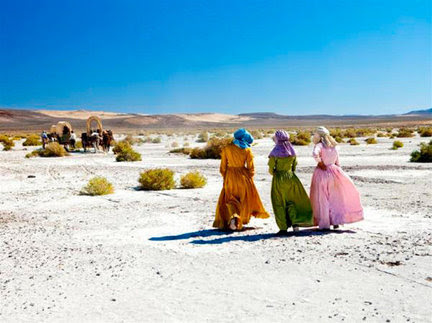 Perhaps 2011 is analogous to 1928's awkward conversion from silent to sound cinema, which would account for the generally weak output at a moment of uncertainty and transition. One can only hope that a new generation of filmmakers will be able to exploit the new aesthetic resources offered not only by digital filming, but also by digital projection, and reinvent the medium. In the meantime, the end of 35mm is, at least in my eyes, a tremendous catastrophe. Digital projection, be it 2 or 4K, is only appropriate for 3D animation films such as Steven Spielberg's and Peter Jackson's grotesque desecration of Tintin.

In general, with the economic crisis causing a dearth of quantity but also quality in cinematic production (ultra conservative studio executives placing all their money on 'safe' lowbrow hyper-marketed blockbusters, even more so than in the past), a spirit of scavenging has characterized commercial cinema of late, with strings of redundant remakes or nauseating celebrations of cinema's former glories (Hugo, The Artist). But the ghoul's spawns are hardly more than cinematic zombies, or vaguely charming bric-a-brac, and the glorious wind that once swept the hills of Southern California cannot shake the ideological cesspool that the wavering capital of world cinema has become.

In this dark context, no traditional feature film produced this year has managed to truly capture my imagination. The latest films by established American auteurs (Scorsese, Eastwood, Cronenberg) are disappointing, if earnest, at best; and formerly cutting-edge Hollywood filmmakers (Fincher and Soderbergh) have produced arguably their worst films in 2011. As in the 30s, it is a European import who has delivered Hollywood's best film (the slick Drive), while European (Moretti or Polanski hitting all time lows, for instance) and Asian art cinemas have been found lacking as well, by and large.

For all these reasons, my favorite films seen in 2011 don't actually qualify as 'feature films' or were released theatrically in 2010.

1. The most stimulating place for audiovisual experiences in 2011, far more even than the scores of celebrated shows that inundate public and private TV networks, has been the internet. Sites such as Youtube and its ilk have offered wonderfully creative 'mash-ups', in a reflection of our nostalgic, exhausted times and accelerated, disjointed global capitalist culture gone 'tidbits, soundbites and little else.' Acknowledging the cultural relevance of the 'genre', the talentless but shrewd journeyman Ridley Scott has produced the theatrically released mash-up, Life in a Day, which is alas way inferior to the sum of its parts. Conversely (and while only on view in selected galleries or museums, currently at the Boston Museum of Fine Arts) Christian Marclay's The Clock (2010), the crowning audiovisual achievement of 2011, is an endlessly stimulating, playful and gigantic 'film of films', an ode to cinema and time, which need not be viewed in its 24 hours entirety to be experienced, understood and enjoyed fully.

2. With her painterly celebration of femininity, the old West and the Oregon trail's perils, Kelly Reichardt's Meek's Cutoff (2010) proves once again that the director's understated, humanist cinema is by far the best alternative to Hollywood's current desperate and pathetic race for remakes and 'in your face' sensationalism. Michelle Williams shines once again in front of Reichardt's camera, miles away from her horrifying (if impressive) incarnation of Marilyn Monroe.

3. Essential Killing (2010) may be the purest film I saw this year, an almost dialogue-free, incredibly intense and compelling cinematic experience. Vincent Gallo seems to be a perfect interpreter for Jerzy Skolimowski's instinctual, physical and slightly psychotic approach of life and cinema.

4. If the theatrical version of Terrence Malick's The Tree of Life is at times superb, there's hope that, much like with The New World, a director's cut, more controlled formally and structurally, will emerge on the home video market and offer us Malick's truly complete vision. At present, and even if it is unquestionably one of the year's best films, The Tree of Life remains somewhat unsatisfactory.

5. Conversely, Lars von Trier's Melancholia is almost perfect structurally, but loses what it gains in such symmetrical construction to the darker, more powerful and genuine impulses of 'Antichrist', for which it serves, in many ways, as the acceptable, bourgeois remake.

6. Hors Satan, Bruno Dumont's latest film, is inferior to Hadejwich but still compels one by its rendition of a completely bleak existence. If not a masterpiece, the film is another building block to the director's unflinching quest to become France's most important cinematic auteur since Robert Bresson.

7. In a context of global cinematic mediocrity, the minor Dardenne Brothers' The Kid with a Bike comes across as a nice surprise, and their most overtly Christian film - their own alternative to the Life of Jesus they never made, in Luc Dardenne's own words.

8. For its sheer cinematic energy and the opposition of two wonderful actors (Oldboy's Min-Sink Choi and the angel-faced Byung-hun Lee), Kim Jee-woon's I Saw the Devil (2010) is the good, if harrowing and protracted, surprise of South Korean cinema - definitely the current capital of dark romantic narratives of sadism and revenge.

9. Faust, Alexander Sokurov's Mephisto Waltz is the Russian director's weirdest, most kinetic film. Perhaps this dynamic nature contributes to a sense of disorder and makes the film an unnecessarily difficult audiovisual experience at times. Still Faust contains more artistic power and dedication per frame (if the word still applies in the digital age) than most other films, and cannot fail to inspire the viewer, albeit in meandering, unexpected ways.

10. Pater, Alain Cavalier's daring, powerful and minimal piece of meta-cinema blurs the boundaries between fiction and documentary, and proves at once to be one of the most intellectually robust and energetic efforts of the year, a true young man's film about the wariness of power and the contradictions of contemporary French politics, from a filmmaker who turned 80 in 2011.

Jeremi is the author of "Sokurov Waltz: Faust (2011)" on affiliate site Tativille.
Posted by Michael J. Anderson at 6:02 AM