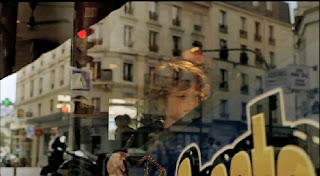 1. Flight of the Red Balloon (Hou Hsiao-hsien, France)
In remaking Albert Lamorisse's 1956 French children's classic The Red Balloon, the Taiwanese-based Hou has created the year's most multi-layered mediation on its subject: namely of the melancholic content of the source material and its process of reproduction in Flight of the Red Balloon. This is a work where each formal element retains a narrative and thematic significance, whether it is the piano score that conveys the young boy's psychology or the camera movements that transit between the spaces in front of and behind the Taiwanese puppet stage (thus doing the formal work of de-mystification). In other words, The Flight of the Red Balloon is one more masterpiece from a filmmaker who has been making nothing but for the past two decades. 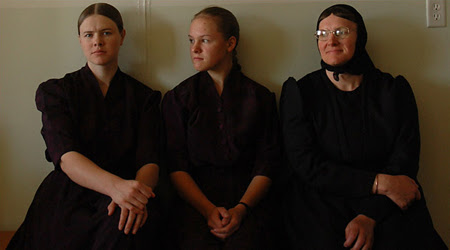 2. Silent Light (Carlos Reygadas, Mexico/France/Netherlands/
Germany)
With his first two features, Japon (2002) and Battle in Heaven (2005), Carlos Reygadas showed himself to be the most spectacularly talented Mexican director of his generation. With Silent Light we may stop speaking of this talent in the implicit terms of promise; rather this is a work of exceeding formal rigor in the organic service of the film's subject. From the film's stupefying opening shot, Reygadas has remade the iconography of transcendent film practice. While the director's (literally) miraculous take on the theme of infidelity in the Mennonite world demonstrates its maker's continued taste for provocation, Silent Light never fails to be reverent. This is a much higher level of filmmaking than anything Reygadas has made to date.

3. Zodiac (David Fincher, United States)
One of the absolute highlights of a very good year for the American cinema, and a clear career peak for its director - Zodiac was nothing short of a quantum leap forward for Fincher - the director's latest offered another notable revision of the vigilante 'Dirty Harry' persona, wherein the character's real-life model Dave Toschi expresses a clear devotion to due process, rather than the vigilantism that provided Harry's initial signature. Zodiac's narrative carefully reconstructs only the known facts of the "zodiac killers'" murders, thus providing a decisive symbol for the DV medium it inhabits - as a work of addition rather than the material abundance of photo-chemical cinema. Zodiac is also one of the better true crime films that Hollywood has produced. 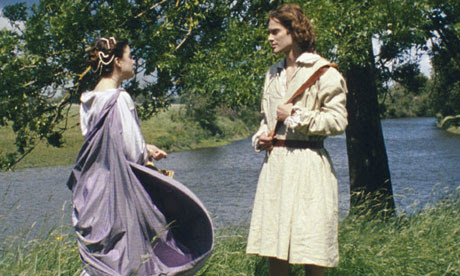 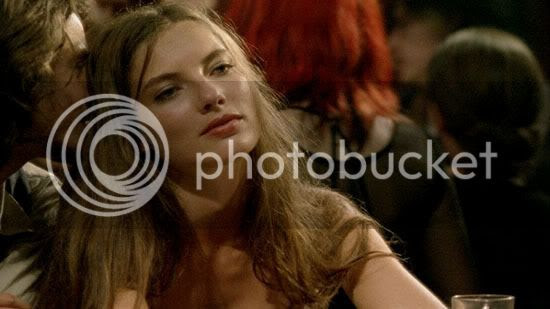 5. In the City of Sylvia (José Luis Guerín, Spain)
Spanish director José Luis Guerín's In the City of Sylvia continues the twenty-first century's marked turn toward a Bazinian realism (cf. Lisandro Alonso's comparably accomplished Los Muertos, 2004) albeit in a form that mediates this interest in reality through the prism of a thoroughly-considered reflexivity. Guerín's work takes its near plotless conceit of an artist's beautiful female objects of vision - mostly spotted at a French café - and manages harrowing, cringe-inducing drama to surpass any other work on this year's list. Guerín's is a work of unmistakable, acutely observed truths, be it the sensation of being looked at or the weightless feeling of pursuit. For many, this writer included, In the City of Sylvia announced a previously-unknown major talent. 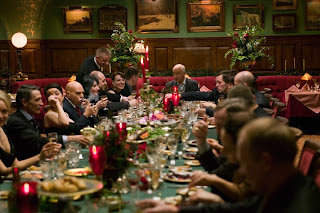 6. Eastern Promises (David Cronenberg, United Kingdom/Canada/
United States)
Extending the director's interest in the epistemological, Eastern Promises qualifies as a companion piece to Cronenberg's 2005 masterpiece, A History of Violence: here, the formula of good to evil embedded in Viggo Mortensen's covert hero is reversed. If Eastern Promises falls slightly short of his recent career peak - perhaps the justification for the director's otherwise unexplainable neglect on most 2007 top ten lists - it remains one of the year's most extraordinary pieces of classical decoupage filmmaking, right down to the film's conventional exoticism and rear projections. This is Cronenberg as North America's finest living "B" filmmaker, and perhaps its finest contemporary director period. 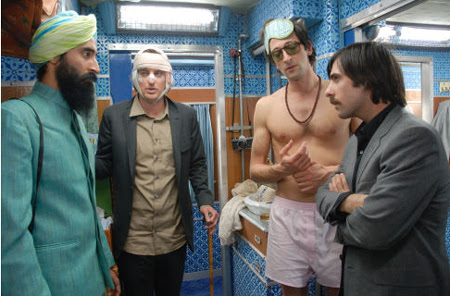 7. The Darjeeling Limited (Wes Anderson, United States)
Even more than with Eastern Promises, critics have seemed blinded to The Darjeeling Limited's clear artistic virtues. While The Darjeeling Limited does cover similar stylistic and thematic terrain to Anderson's earlier corpus (a criticism that is rarely leveled against cinema's sister arts, though it is the chief objection leveled against Anderson) it does so in a fictional India that seems perfectly suited to the filmmaker's fiction. And it does so on a locomotive - a minor but rich sub-genre - that provides a rich metaphor for the film's meta-textual concern: in this case cinema rather than the theatre of Rushmore or the novel of The Royal Tenenbaums. In other words, this is the latest, essential variation in Anderson's closed corpus. 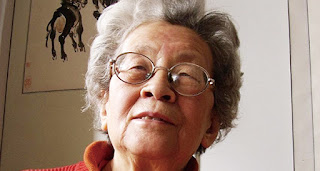 8. Fengming: A Chinese Memoir (Wang Bing, China)
Wang's non-fiction Fengming: A Chinese Memoir establishes a new twenty-first century standard for conceptual minimalism: a single frontal camera set-up for most of its 186-minute duration. In front of the filmmaker's mini-DV camera, the eponymous subject, in a near endless stream of expertly-narrated anecdotes, recounts her experiences as the victim of Mao Zedong's Anti-Rightist purge and the subsequent Cultural Revolution. Wang uses neither archival footage nor photographs to illustrate Fengming's personal history, limiting his film instead to his subject's on-camera act of recollection. What emerges is one of the most vital and paradoxically visual films of the year, giving voice and embodied presence to Fengming. 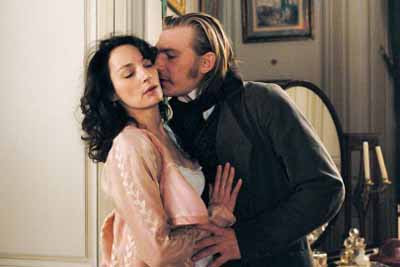 9. The Duchess of Langeais (Jacques Rivette, France/Italy)
Yet another major work from an ageless nouvelle vague master, The Duchess of Langeais extends many of the director's career-long preoccupations - chief among which are its emphases on repetition, contingent duration and the interchangeability of roles - through a form that has fully narrativized, which is to say classicized these themes. As always, Rivette's style is equal parts Hawks (in the invisibility of its decoupage) and Mizoguchi (for its sense of volume conferred by an often mobile camera), which though theoretically self-canceling provides the ideal platform for Jeanne Balibar and Guillaume Depardieu's acting pyrotechnics and William Lubtchansky's lush, period-recreating cinematography. 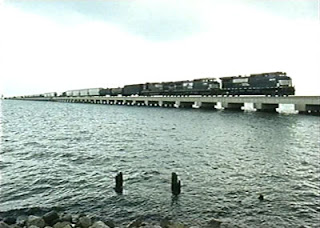 10. RR (James Benning, United States/Germany)
Another farewell - in its instance to the medium of 16mm rather than to the photochemical art itself - Benning's RR returns to projected cinema's first subject - the train's arrival - to discover the baseline of moving image viewership: namely, in its cuing of spectator attention through the introduction of minor variations (be it the sudden ripple of a watery surface or an inconspicuous piece of refuse). Indeed, any interest in the eponymous subject of the film is quickly displaced onto those elements that do not obtain over the entire 112 min. duration. From the point-of-view of 2007 at least, RR, along with 13 Lakes and Ten Skies (both 2004), comprise the decade's most significant experimental corpus.
Posted by Michael J. Anderson at 7:30 PM

Hi Michael,
One of my favorite films from 2007 is Roy Andersson's DU LEVANDE. Have you seen it?
Peter

I have not seen Du Levande (aka You, the Living). It was one of my priorities back when I first posted the original list - around March, if I remember correctly - but in the end I never got the opportunity. Your preference, however, renews my interest. From everything I've heard to know, it could well force me into revision of the list, which is something I am always in favor of. Better to be right - or whatever one might call it - than to stand by less informed opinions.

Having since seen Andersson's work (http://tativille.blogspot.com/2008/11/new-film-you-living.html) I would say that it is strong stuff, though it does not quite make the cut for me in a solid year. One of the first handful of runners-up, nevertheless.

To be very general on P.T. Anderson, let me just say I am not an admirer of "There Will Be Blood," which I find to be a bad imitation of Kubrick, where something like "Magnolia" or "Punch-Drunk Love" (which I do like, ten films isn't very much, you know) betters its sources; I like "Boogie Nights," though less than the other two. Of course its nasty and cynical which I don't always care for - Kubrick's aesthetics overcome those elements in his work that don't especially appeal to me - but I also find DDLewis's scenery-chewing to be exceedingly annoying on certain occasions and its engagement with America's past not especially insightful or revealing. I suspect a lot of the film's appeal is that it is a certain sort of film with a certain point-of-view that many people like, rather than being a success at what it actually is.